According to the United Nations Global Compact, child labour is an “exploitation that is a violation of basic human right”. Indeed, abolishing child labour is the declared policy of the international community and of almost all governments worldwide.

Covid-19 has plunged the world into a crisis of unprecedented scope and scale. Urgent action is required to prevent and/or mitigate the pandemic’s impact on children and forced labour, especially considering the toll it exacts on not only the children, but also their families.

In 2015, the International Labour Organisation (ILO) estimated that 250 million children between the ages of 5-14 worldwide have entered the workforce. Back in 2007, the United Nations’ International Children’s Emergency Fund (Unicef) said about 218 million, or one in six, children gave up school for work.

Among the root causes cited were poverty and the lack of educational support from local governments. Furthermore, enforcement of child labour laws remains a challenge due to insufficient manpower and resources to effectively reach informal workplaces in remote areas.

Global trends seemed to be improving from 2017 until early 2020, when the Covid-19 pandemic changed the global outlook on labour. The pandemic has increased economic insecurity, profoundly disrupted supply chains and halted manufacturing. Tightening credit is constraining the financial market in many countries, including Thailand, and public budgets are struggling to keep up with needs.

It has long been said that in most developing countries, the ambition to advance the economy has overshadowed the push to abolish child labour. After all, it isn’t exactly clear to stakeholders — from businesses, governments to civil societies — how they can safeguard children in the informal sector, especial during a pandemic.

The truth is that most multinational enterprises (MNEs) are constantly striving to be more efficient amidst the constant competition within the market, and the pandemic may push some to resort to cost-cutting measures, such as child labour. These pressures are likely to increase as MNEs become more efficient in exploiting the “trickle down effect” — a utilitarian concept in which the end justifies the means. Under this concept, an activity is ethical for as long as everyone is better off. Pushing down prices by using child labour is thus justifiable because everyone within the supply chain ultimately benefits.

As Covid-19 has disrupted many MNEs, many workers in developing countries’ have been laid off and child workers are essentially in an even worse position. Clearly, existing academic literature fail to acknowledge the pandemic’s impact on children. Legal or not, a child is not in a position to agree or determine terms of employment, so they are powerless when MNEs decide to renegotiate, or even terminate, their employment.

An ILO report released in June found that as Thailand tightened restrictions on activities to stem the spread of Covid-19, many migrant workers from neighbouring countries, such as Cambodia, Laos and Myanmar, rushed to return to their home countries under the understanding that staying in Thailand would mean no jobs, no incomes and thus no access to healthcare. While many rushed to beat the lockdown, some found themselves stuck at border crossings — vulnerable to exploitation as they are voiceless in this situation.

The moral complexities behind child labour have often made it almost impossible to reach an agreement in trade discussions. During tough times such as a pandemic, the expectation that children should financially contribute to the family is likely to increase. More children could be forced into taking up exploitative and hazardous jobs. Those who are already working may be forced to take up longer hours or agree to worse conditions. Gender inequalities are likely to increase within families too, with girls expected to perform more chores at home, or pressed into sex work.

Most governments have come under increasing pressure to include child labour in international trade and health discussions, but the influence of MNEs and the varying degree of acceptance among developed and developing economies have slowed down the push for a universally-binding legislation to abolish child labour.

It is undoubtedly clear that child labour is still occurring many parts of the world.

We have learned from the experience of developing countries such as Brazil and Ghana, that when families run out of options to sustain themselves, children are likely to be sent away, which renders them even more vulnerable to exploitation.

We need to ensure that in the current climate, governments are providing enough support to keep students enrolled in schools, to equip individuals with skills, and to engage businesses — both in the formal and informal sector — to commit to creating decent employment opportunities in short- and long-run for all.

The Prayut Chan-o-cha government needs to set up a system in which resources can be easily directed to ensure businesses can continue and provide basic income support for vulnerable individuals, especially young workers in the informal sector. These programmes should be carried out by ministries in charge of social and economic development.

More importantly, the government needs to provide effective short- and medium-term responses to ensure the crisis and its impact do not prevent Thailand from achieving sustainable development goals. 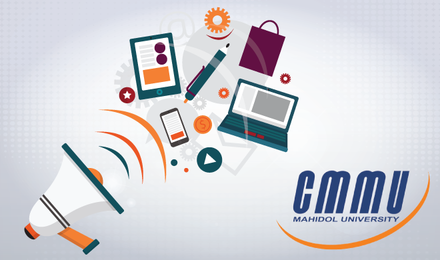